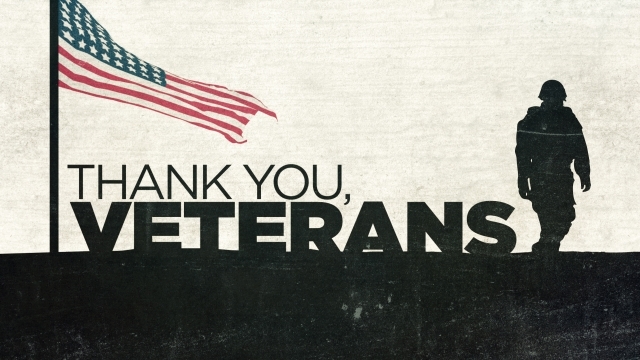 The Salisbury Chapter of National Honor Society and the Salisbury Student Council are collaborating to present a Veteran’s Day assembly on Friday, November 10, 2017, at 8:30 a.m. in the High School South gym.

All veterans, their families, and community members are invited to attend the assembly which will honor local veterans and raise awareness that veterans are not nameless heroes--they are important members of our community.

Student involvement will be a key part of the assembly which will include musical performances, a fashion show, and a display of medals and memorabilia.

The fashion show will consist of uniforms worn by local veterans during previous military conflicts (WWI, WWII, Korean War, Vietnam War, The Gulf War, the War on Terror, etc.).  If a veteran is still able to wear his/her uniform, he/she is more than welcome to participate in the fashion show; if not, a student will wear the uniform.  During the fashion show, information about the uniform and the soldier will be announced.  Hopefully, students will learn about the different branches of the military and what different adornments mean on different uniforms.  In addition to the assembly, a display will be set up with medals and other memorabilia from local veterans.

This display will allow students to see up close the medals and honors that they hear about on the news, like a Purple Heart. The goal of the assembly is to honor our local veterans for the sacrifices they have made for our freedom, but to also build awareness in students.

Veterans and their spouses are also invited to breakfast that morning beginning at 7:30 a.m. in the high school lobby.

Any veteran or veteran’s family who would like to include a uniform in the fashion show or display medals or memorabilia is asked to contact Jessica Hartmann at the high school at (660) 388-6442 or by email at jhartmann@salisbury.k12.mo.us.