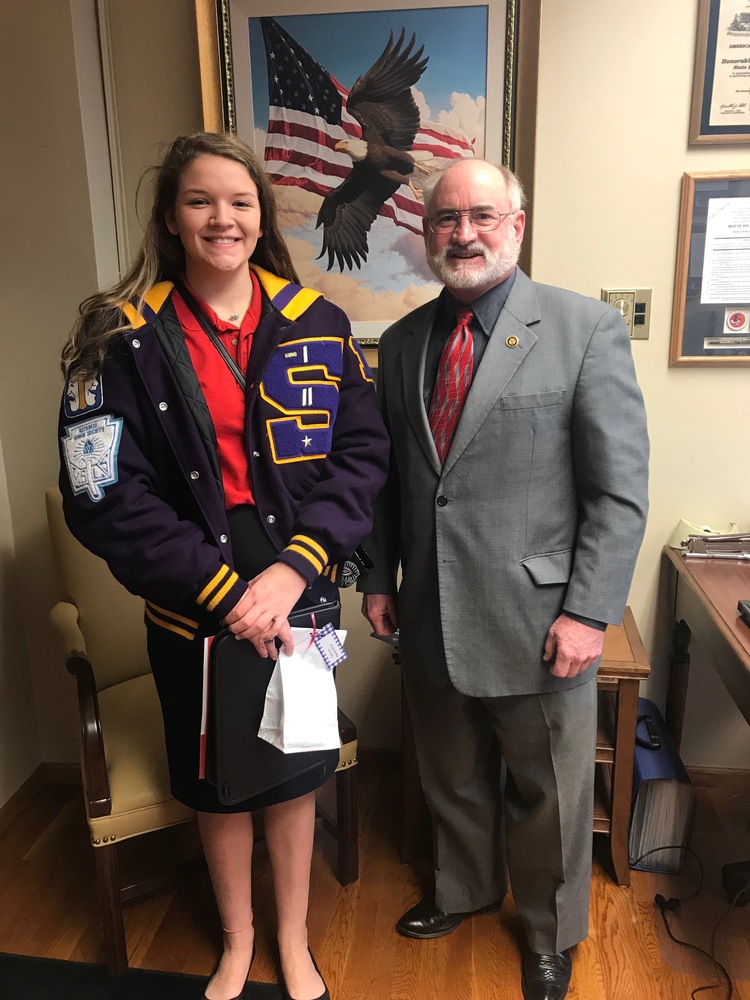 Hannah Grimpo, junior at Salisbury High School, participated in the Family, Career, and Community Leaders of America (FCCLA) Legislative Shadowing Project on Wednesday, January 31, 2018. Lindsay Ostermann is the local chapter advisor and accompanied Hannah to the Capitol. Sponsored by the Missouri Family, Career and Community Leaders of America, the program provides an opportunity for junior and senior high school students to spend the day with their state representative, senator, or other public official at the state capital, The students observe hearings, meetings, and other public duties.

The Legislative Shadowing Project, now in its 18th year, is conducted by MIssouri FCCLA, the Career and Technical Student Organization (CTSO) for family and consumer sciences and human services education. A reception and opening session was held for participants on Tuesday, January 30. Tour of the State Capitol and Supreme Court Building also were provided.

FCCLA attempts to match students with officials from their local school districts wherever possible. The students prepare for the event by becoming familiar with their official's responsibilities and current issues,. If matched with a legislator, the student become knowledgeable about the bills introduced and committees on which they serve.

FCCLA is a non profit student organization for young men and women, grades 6-12, in family consumer sciences education. Missouri FCCLA has more than 9,500 members in nearly 330 local chapters, making it the 5th largest FCCLA state association in the nation.