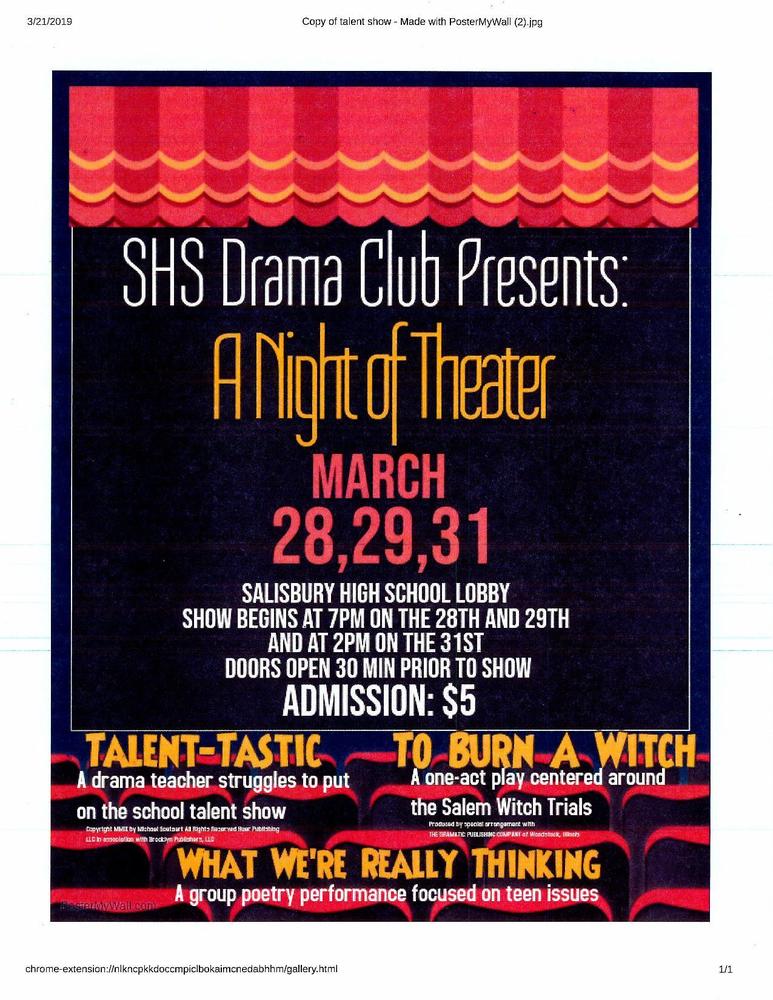 The SHS Drama Club Hosts the Spring Play This Week