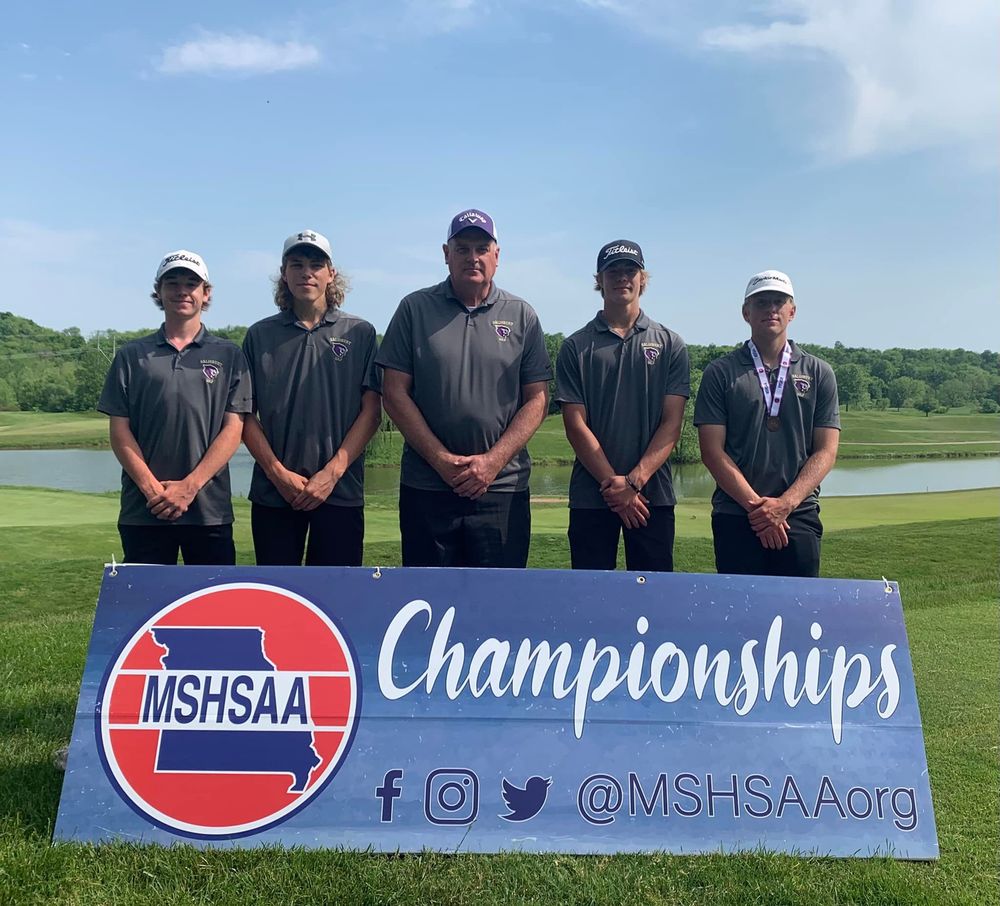 Four Boys golf team members participated in the MSHSAA Championships on Monday, May 16 & Tuesday, May 17.  The two day tournament comprised of 86 golfers was held at Rivercut Golf Course near Springfield.  The Salisbury boys of Elliott Hayward, Jaxon Green, Cooper Francis, and Elliot Carter made up a team score which earned them 5th place out of 9 teams.  Here were their results:

Congratulations to the boys and Coach Kenny Wyatt on a great tournament!